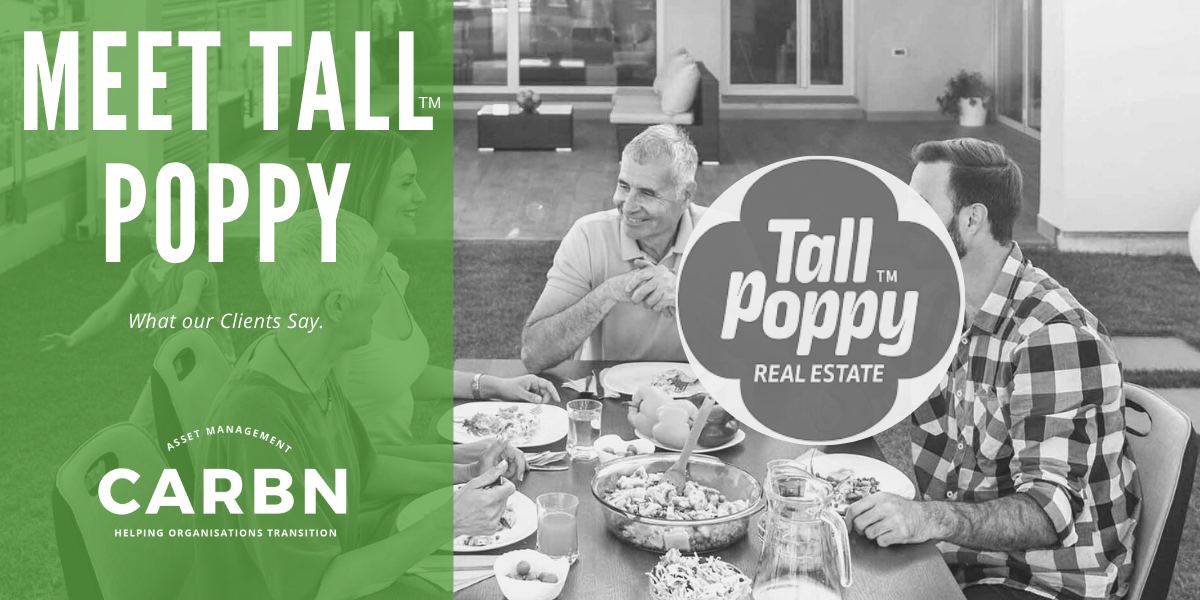 Tall Poppy Real Estate is working to become the first zero-carbon real estate company within five years, building on its rapid growth over the last year.

The company – known for its disruption and innovation in real estate – announced their sustainability pledge at its recent annual conference, which saw more than 200 people gather at Te Papa in Wellington – the first event the national museum hosted when the city moved to Level 1.

Investment in sustainability and technology comes at a crucial time for the company, with the team growing by 27% since April 2020. Its initial goal is to transition its vehicle fleet to electric vehicles, before becoming zero carbon within five years.

Tall Poppy has partnered with Carbn Asset Management (Carbn), to assist with the transition of its vehicle fleet to electric vehicles. Carbn is a Government, and Private initiative focused on progressing New Zealand’s vehicle fleet toward a zero-emission future.

“We are excited to be working with Tall Poppy on their emission reduction journey,” says Carbn’s Transformation Director, Richard Christensen, “transitioning to zero emission vehicles is an important step and they are now part of the disruptive era that the tranzsport and mobility sector has embarked upon, a natural alignment for Tall Poppy given their own disruptive and innovative approach to the real estate industry.”

Alongside its sustainability goals, Tall Poppy is also rolling out more intuitive technology over the next 12 months to enhance its award-winning customer service, which has become even more crucial during the Covid-19 Pandemic. Michael Seymour, Co-Owner and Director, says the company’s growth has happened alongside the business consistently breaking sales records month after month.

“Part of this growth, was driven by the pent up demand during Levels 4 and 3, but growth was starting before Covid-19 arrived, due to our free marketing offer we launched in early 2020, which has been extremely successful and well-received throughout the country,” says Michael Seymour.

Tall Poppy is a New Zealand Real Estate Agency, headquartered on the Kāpiti Coast, north of Wellington. Founded in 2012, it operates throughout New Zealand and has saved New Zealanders more than $53 million in fees. It is working to create a fairer real estate industry for all Kiwis and prides itself in being an active member of the communities in which it operates. Tall Poppy was a Finalist in the 2019 REINZ Awards in the Large Agency Category.